One of Zambia’s best performing artists known as Rich Bizzy celebrates his second daughter’s birthday.This level of responsibility is worth emulating among Zambian artists,especially in the music Indistry.
It is clear that Rich Bizzy is not just Rich by name but also likewise where it concerns fatherhood.Following his facebook timeline update,the artist actually refers to his daughters as Princesses,and obviously there is no doubt he is such a proud father of the beautiful girls.
This is so profound that despite being Busy and Bizzy as his name suggests,the man still finds occassions as simple as a birthday may seem to show that it is not always about being busy making music but family is equally as important.
We wish also to convey our birthday wish to the new born baby on her first birthday.

JFK Jr. and Carolyn Bessette had been married for less than three years when they were killed in a plane crash on July 16, 1999, but their romance remains the stuff of legend.

She didn’t say no, either, but remarkably the 29-year-old Calvin Klein publicist, who had been dating the eligible bachelor for about a year, wasn’t yet sure that she was ready for what marrying him would entail. Namely, a merging of lives that would come with a host of perks but also require a daunting amount of self-sacrifice, not even including the matter-of-fact assault on her privacy.

Carolyn had spent enough time at the Kennedy family compound in Hyannis Port to know that there was no exaggerating the legend behind the larger-than-life name, a family technically made up of flesh and blood just like any other but which had embedded itself in the very fabric of American culture over the greater part of the 20th century.

And she wasn’t bowled over by the Kennedy bond. Rather, the clannishness turned her off.

Carolyn loved John, but in what would become a point of contention for the rest of their lives, she didn’t particularly enjoy going to spend holidays and weekends with his sprawling family on the Cape, where their comings and goings were rather formally presided over by reigning matriarch Ethel Kennedy, Robert F. Kennedy‘s widow, and the Kennedy men, who with their touch football games and clambakes seemed lifted from a Ralph Lauren ad.

She wasn’t exactly culturally adrift, having been born in White Plains, N.Y., and raised in posh Greenwich, Conn., by her mother and orthopedic surgeon stepfather, but she still felt like an outsider. And on the beach of Hyannis Port, Carolyn witnessed John being a cog in the Kennedy machine, rather than the dashing man about town he was in New York. Independent and confident on her own, being around the Kennedys made the 5-foot-10 beauty feel small and insecure.

Red flags aside, though, he was still JFK Jr. 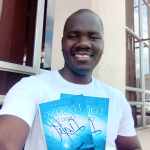